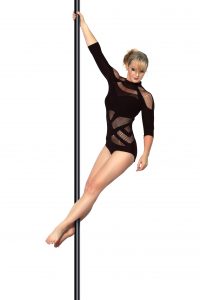 Fitness has been in Aoife’s blood since the early age of 3. That’s when she started dancing. Aoife won many titles and awards during her early dance career, which was followed by years of extensive training in pole fitness and martial arts into her adult life. She currently holds a 2nd Dan Black belt in kickboxing and is already working towards her 3rd Dan grading. In addition, she is a Level 4 Personal Trainer and has been instructing with BootCamp Ireland for many years. She’s been a certified pole instructor since 2006, having co-owned Twirl Studios for … years and currently owning Flow Fitness since 2017.


With her fitness background, Aoife has been able to create a second career for herself as a stunt performer and stunt driver since 2010. She has worked on major TV shows like Vikings and Penny Dreadful, and doubled actresses such as Ellen Page in The Cured (2017), Evanna Lynch in My Name Is Emily (2015), Anna Friel in I.T. (2016), and Lily Collins in Love, Rosie (2014).


To top it off, Aoife received the amazing opportunity to personally train Sebastian Stan, who depicts “Bucky” Barnes a.k.a. The Winter Soldier in the Avengers movies, during his time in Ireland in 2016. She recently doubled Julia-Louis Dreyfus in her latest movie Downhill (2019). Aoife still considers this as her proudest fitness achievements to date.